Gain access to my Resource Library full of printables to help you manage your money! Learn More
204shares

Is it time for a new television? We’ve got a Sinking Fund chart for that! The Television Sinking Fund Chart is here to help you save CASH for that new big screen TV!

Imagine my surprise when I heard a friend talking about my big, flat screen television. The thing is 32″ tops! As a matter of fact, many people have commented, ‘now you just need a big screen television’, when visiting our new home for the first time. Even contractors have made the same comment when bidding jobs. Really!

Yes, a big screen television is on the list of Stuff We Want but, I have to admit, it ranks way down there with new doorknobs to replace the gold ones that were once so popular.

But maybe you’re ready? I just read in the Costco Connection about OLED televisions. They just keep getting better!

This post contains affiliate links. When you purchase through an affiliate link, we receive a small commission at no additional cost to you. Disclosure.

How To Use The Television Sinking Fund Chart

A big screen television is important to a lot of people. It’s like a sign you’ve really made it in this world. It’s like a trophy you hang above the fireplace that says, WE MADE IT. We’re rolling in the dough! Ha!

Picture this … a big screen, trophy television you paid cash for!

THAT’S where it’s at! 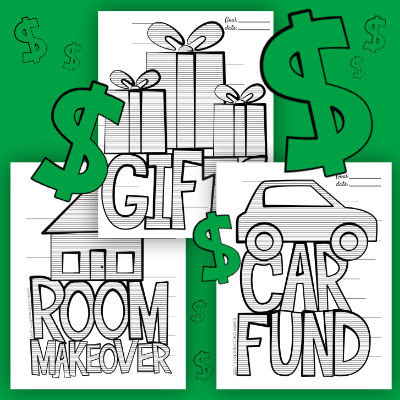 Subscribe (free!) to gain access to my Resource Library full of Printables! Once subscribed, you will receive weekly emails with Printables, Ideas, and Money Tips for your Everyday Life!

You Did It! Check your email to confirm your subscription. Pasword: money Your email confirmation also contains this information!